A century ago in towns throughout America the downtown hotel was the center of social activity for locals and favored destinations for visitors. But as business gradually moved out to the suburbs those grand old hotels faded into disuse, misuse and neglect. Happily, the glory of the old hotels has been resurrected in splendid style as fabled “crown jewels” have been reborn along Virginia’s Interstate 81 and are again the pride and joy of the towns and cities they serve.
Dazzling makeovers have added the perfect amount of modern luxury and style while preserving the dignity and historic fabric of the original. Visitors and locals alike are again flocking to them. Come experience them for yourself. You’ll find plenty to see, do and eat right downtown and just off I-81, from Winchester to Abingdon and from “George” to “Martha.”

From the moment you walk into the George Washington Hotel you know you are in a special place. The well-worn marble steps leading to the lobby are testament to the many decades this beauty served the City of Winchester as THE place to stay. Now a Wyndham Grand hotel, the GW features a spa, superb restaurant and one of Virginia’s most appealing hotel bars. Just down the block is Loudoun Street Pedestrian Mall with dining, shopping and museums. Visit the Patsy Cline Historic House where the legendary singer lived until the early days of her stardom.

The lovely town of Luray is admittedly about a 20-minute drive off I-81 but the town and its Mimslyn Inn are too irresistible to leave off this list. The Mimslyn’s perfect amenities include a spa and a “speakeasy” downstairs, complementing its “Circa ‘31” main dining room off the lobby. Luray’s downtown is a gateway to the great outdoors with outfitters, bike rentals, guided rides, hikes and birdwatching.  Excellent fly-fishing can be experienced on the nearby Shenandoah River and Luray has places that can outfit you and give you casting lessons. 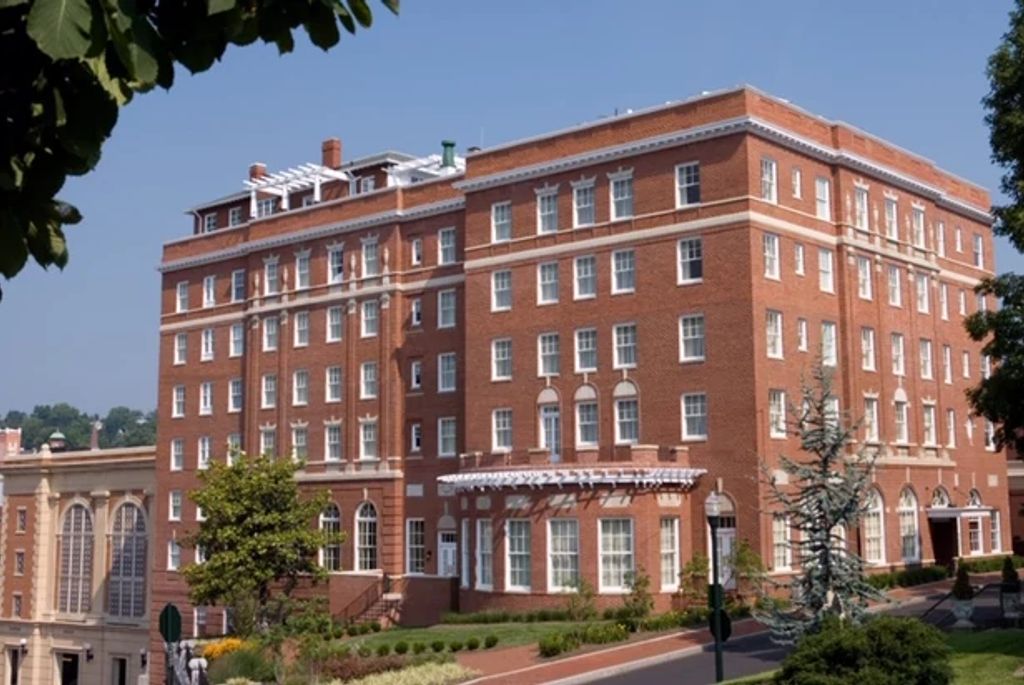 Amelia Earhart once stayed at Hotel 24 South, formerly the Stonewall Jackson Hotel, and surely enjoyed the view of the city from her window. Overlooking downtown and next door to the wonderful American Shakespeare Center, the Stonewall Jackson is easy walking distance to fine restaurants, cool boutiques and a vibrant arts district. Watch live glass blowing at Sunspots Studios and bring home a treasured piece of art.

With its mountain views and central location, the Robert E. Lee Hotel is a perfect location for exploring one of the South’s most honored small towns. Two historic universities border downtown, lending a vibrancy that complements the surprising cool vibe of downtown cafes, art boutiques, fashion shops and even a downtown brewery. There’s history, too, and plenty of it. The famous Confederate general for whom the hotel is named is buried nearby as is Stonewall Jackson. A number of very well-known people are alumni of the colleges. Keep an eye peeled – you may see one of them enjoying downtown.

The Hotel Roanoke traces its roots to before the Civil War and has served this city for generations. The hotel is a jewel, with a traditional palm court with murals, fine and casual dining and in-room spa services. An easy walk brings visitors to a vibrantly alive downtown with one of Virginia’s best open air markets along with lots of shopping and dining. Don’t miss Center in the Square or the Taubman Museum of Art. Train buffs love the O. Winston Link Museum and the Virginia Museum of Transportation.

The newest addition to this group is the Bolling Wilson Hotel. Originally the George Wythe Hotel, with its rebirth the hotel changed its name for the First Lady who was born across the street. Edith Bolling married Woodrow Wilson, America’s 28th president, while he was in office. The new First Lady exercised much influence in the White House as her husband’s health faded and she is credited with setting a standard for women in Washington. To learn more about her visit the museum in her birthplace. Have your picture taken by the “Big Pencil” in front of Wytheville Office Supply.

Downtown Marion is in the middle of a wonderful renaissance thanks in no small part to the presence of the General Francis Marion Hotel. Lovingly restored a decade ago, the hotel has helped spawn a resurgence of downtown. Great new restaurants and shops are springing up around the hotel, joining favorites such as Wolfe’s BBQ. There’s even a downtown moonshine distillery that offers tastings and other goodies. Another restored jewel of downtown is the fabulous Lincoln Theatre, the only surviving Mayan Revival theater east of the Mississippi. The Lincoln is home to Song of the Mountains, the award-winning concert series syndicated on PBS, and hosts live theater and national musical touring acts.

“The Martha” is short for The Martha Washington Inn and Spa, but this historic hotel wants to be on a first-name basis with her guests in the style typical of Virginia hospitality. The hotel dates to before the Civil War and was also once a women’s college, but for many decades now has been a landmark hotel. Guests may relax in the evening with sherry in the hotel library or sit in rockers on the sprawling front verandah. The Martha is directly across the street from the historic Barter Theater, the State Theater of Virginia and the stage where luminaries such as Gregory Peck and Ernest Borgnine got their professional starts in theater. Rent bikes for an unforgettable ride on the Virginia Creeper Trail, one of America’s most scenic rail/trails. There’s plenty of art downtown and if you are there on the right day you’ll love the Abingdon Farmers Market.