Virginia is rich with history, so it’s no surprise that the practice of winemaking in the Commonwealth dates back to 1609, when the earliest settlers of Jamestown planted vines in an attempt to produce a cash crop utilizing the vital soils of the New World.

But the journey to great vino didn’t happen overnight, and like a true American success story, Virginia wines overcame several disheartening failures over a 400 year span to become one of America’s leading wine producers. Today, the Commonwealth’s quality wines earn the respect of great winemakers and sommeliers all around the world, and with over 300 wineries, Virginia comes in 6th for the most wineries per state.  But Virginia’s first vintages and those to come for nearly three centuries were far from the respected quality of Virginia wines today. 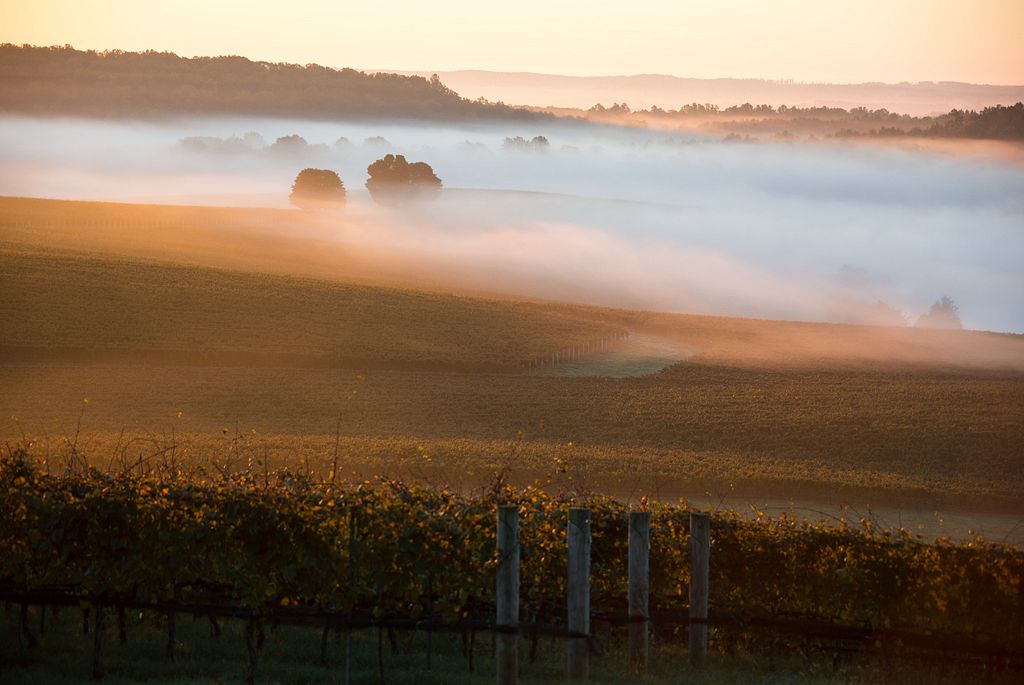 Three distinct failures marked the Virginia wine industry since its inception. Early colonists, commissioned European winemakers, and even Thomas Jefferson, one of the most accomplished Americans, encountered difficulties that stalled the early settler’s plans to establish wine-making grapes as a cash crop in the New World. These failures and other significant roadblocks never deterred the spirit of innovation and drive to make Virginia a successful wine country, but rather pushed the Virginia wine industry to try again each time.

The early colonists came from England with a goal of finding new lands to plant cash crops, especially vines. Captain John Smith wrote about native vines in Virginia, saying that the plants were “in great abundance in many parts that climbe the toppes of the highest trees.” However, the early Virginia colonists soon discovered that these unfamiliar grapes created poor quality wine with an unpleasant taste compared to their European counterparts.

After giving up on utilizing Virginia’s native vines, the colonists decided to import a variety of French vines. In 1619, during the meeting of the first legislative assembly of the New World, the House of Burgesses passed Acte 12**, which required every male households in Virginia to plant ten vines of the imported vinifera grapes for the purpose of growing and making wine. One of the first settlers to follow, and even surpass, the requirements of the law, John Johnson, planted 85 acres on the land that is currently occupied by Williamsburg Winery. The vineyard recognizes the history of the region with their Acte 12 Chardonnay, a popular vintage for the winery. Several laws over the following 50 years attempted to coerce settlers into the cultivation of vineyards, but none were successful in the long run.

After a century of failed attempts by colonists to produce quality wine from native grapes, the General Assembly commissioned Frenchman Andrew Estave in 1770, naming him the official winemaker and viticulturist for Virginia. Estave studied the soil in Virginia for two years before he began planting 100 acres of the European vine, vitus vinifera at Jockey’s Neck outside of Williamsburg (this farm became the Williamsburg Winery in 1983, when the Duffeler family purchased and developed the land to restore it to its former purpose). Like the colonists before him, Estave’s efforts failed too – he believed because the vines were too fragile for the Virginia climate. Virginians were actually importing more wine during this period—the opposite of what England had intended when settling the colonies.

Thomas Jefferson, noted as America’s first wine connoisseur, was passionate about making Virginia a great wine-growing state. Along with George Washington, George Mason, and approximately 25 other early influential leaders, Jefferson started the Virginia Wine Company, whose aim was to finally establish vineyards as a cash crop in the state. But while Andrew Estave dealt with the vine crop failures on the eastern side of the state, Jefferson began experiencing his own frustrations with viticulture.

In 1773, he gave 2,000 acres of land adjacent to his home at Monticello to Italian viticulturist, Filippo Mazzei, and worked with him to plant the European Vitis vinifera vines. After careful study and research, they found some early success in their cultivation efforts, but this positive turn was unfortunately short-lived. Although there is some disagreement in the Virginia history community whether it was the start of the American Revolution or an infestation of pests, the vines were wiped out once again by misfortune. Today, you can still visit the grounds where Jefferson and Mazzei attempted to grow the vines, which are now home to the aptly named Jefferson Vineyards.

Jefferson’s failure to establish a successful vineyard did not discourage his passion for wine. In 1801, he was elected president and is said to have spent $10,000 on wine during his administration, considered a vast fortune in that time. He continued to persevere, pursuing his passion to see Virginia wines becomes successful. While his own personal crops did not find success, the influence and tenacity he brought to Virginia viticulture helped the winemaking industry gain momentum and recognition. 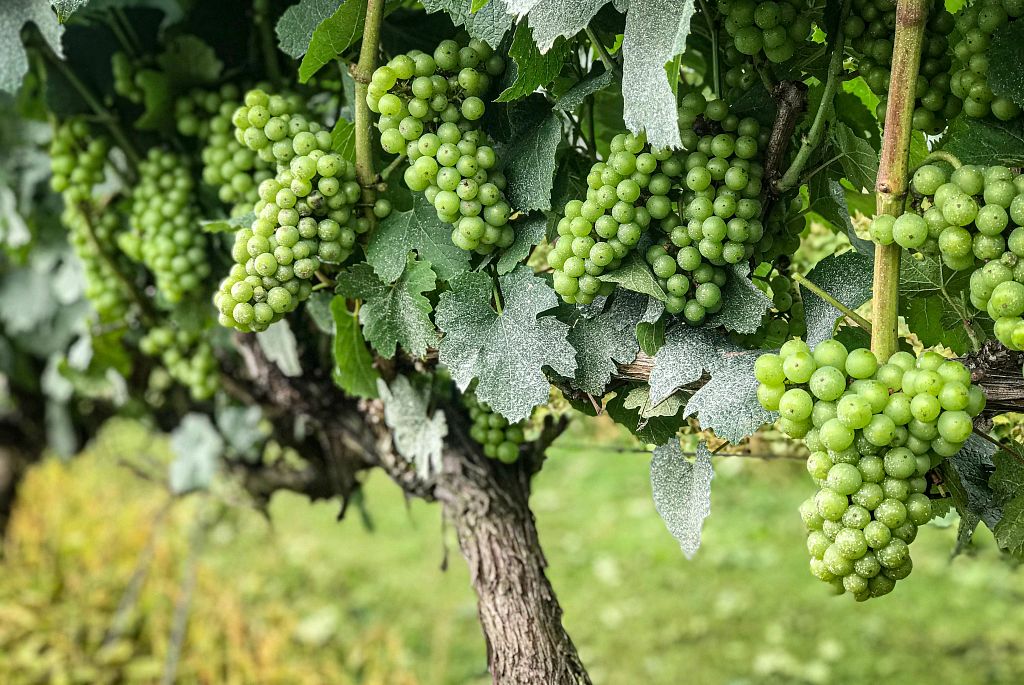 In 1817, Dr. Daniel N. Norton of Richmond began developing his own grape that joined the Virginia-native Vitis aestivalis vine with common European grape varieties. Although there is a lot of mystery surrounding the process and origin of his vines, the resulting hybrid grape was resilient against common North American pests, survived Virginia’s climate zone, and produced high-quality, dry table wine with intense flavors. In fact, a Norton red wine bottled by the Monticello Wine Company received an international award at the Vienna World’s Fair in 1873 and by 1890, Virginia was producing 461,000 gallons of wine, making us the 5th largest wine producer of the period.

But just as winemakers like Norton found initial success, several pivotal and successive events in American history halted the progress of the Virginia wine industry: The Civil War, Prohibition, and then the Great Depression. By the time the 1930’s ended, all of Norton’s vines had been destroyed to comply with Prohibition laws, and the lack of funding during Great Depression halted any progress made.

From Italy, With LOVE: How Wine Entrepreneurs Persevere 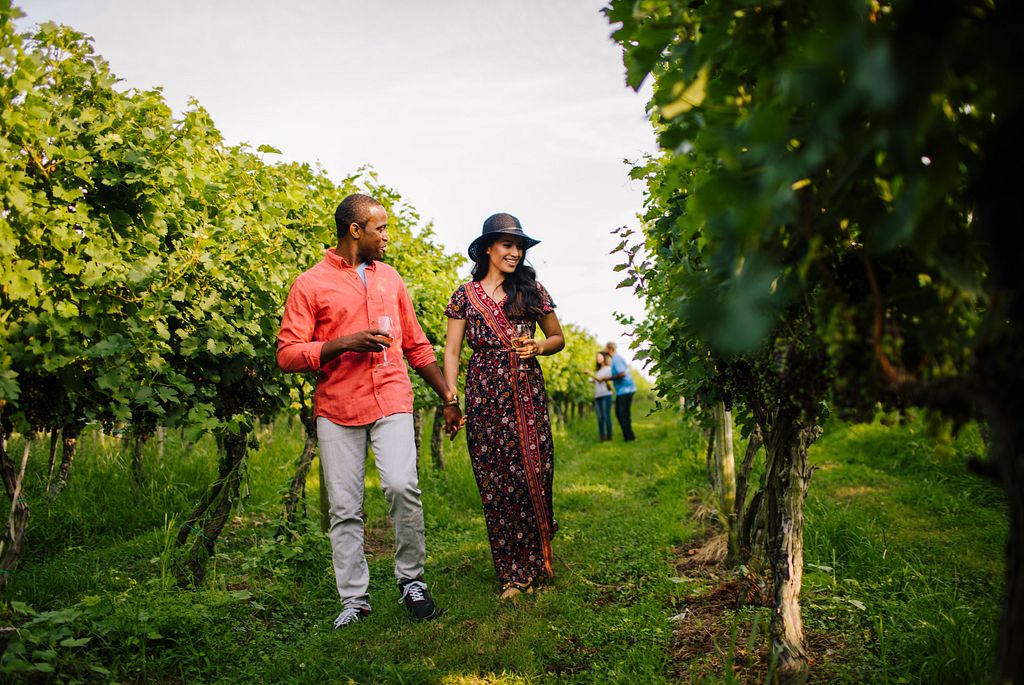 It wasn’t until the 1960s that Virginia saw a renewed interest in winemaking. In 1976, Italian winemaker Gianni Zonin decided to expand his wine business internationally, purchasing a parcel of land near Charlottesville. The Zonin family has been making wine since 1821 and is famous in Europe for their winemaking ability, owning the largest private vine growing company in Italy. 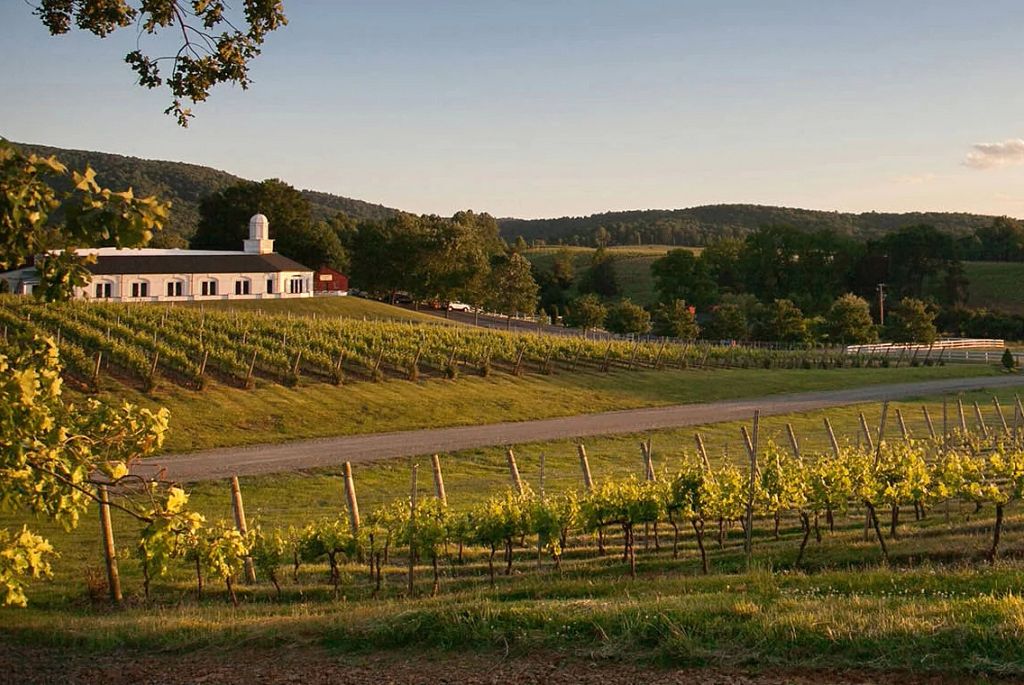 Gianni Zonin sent his family’s vineyard manager, Gabriele Rausse, to Virginia to grow European grapes, just as many had attempted before him. But unlike the early colonists, 18th century European winemakers, and American Forefather Thomas Jefferson, Rausse astoundingly found great success, becoming the first to successfully plant Vitis vinifera in Virginia, creating what is now known as Barboursville Vineyards.

Instead of keeping his newfound industry secrets on establishing vines in Virginia to himself, Rausse consulted with many other winery start-ups to share his knowledge and expertise, allowing for the continued growth and success of Virginia viticulture. In 1980, the number of wineries in Virginia grew to six, then 26 in 1995, 107 in 2005, and today, over 280 total wineries throughout the state. Rausse now works as Monticello’s director of gardens and grounds, and because of his impressive achievements in winemaking, he is known as, “The Father of the Modern Virginia Wine Industry.”

Virginia’s 300+ wineries are spread all across the state, from the coastal plains to the Appalachian Mountains. The widespread presence of wineries around the Commonwealth is an ode to the many Virginians before who dreamt of the success the industry has found today. Discover a few of these wineries on your next vacation and learn why Virginia is for Wine Lovers!