One of the most delightful months to travel in Virginia due to abundant spring blooms and excellent weather for outdoor activities like hiking and biking, May is also a great time to head to historic sites with magnificent gardens. 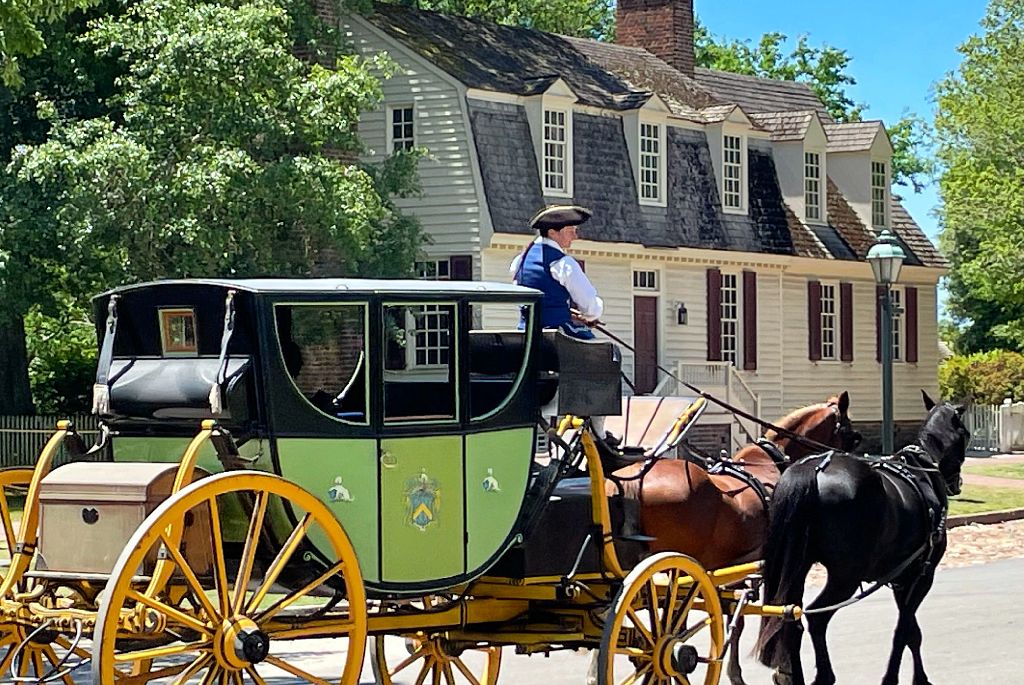 Virginia is well known for its history, with dozens of notable historic destinations spread throughout the Commonwealth. A top choice for travelers is Colonial Williamsburg, a recreated 18th-century city reconstructed on over 300 acres, making it the largest living history museum in the United States. Many of the original buildings from the era remain, and visitors wandering the grounds will feel like they have stepped back into a 1776 colonial village. 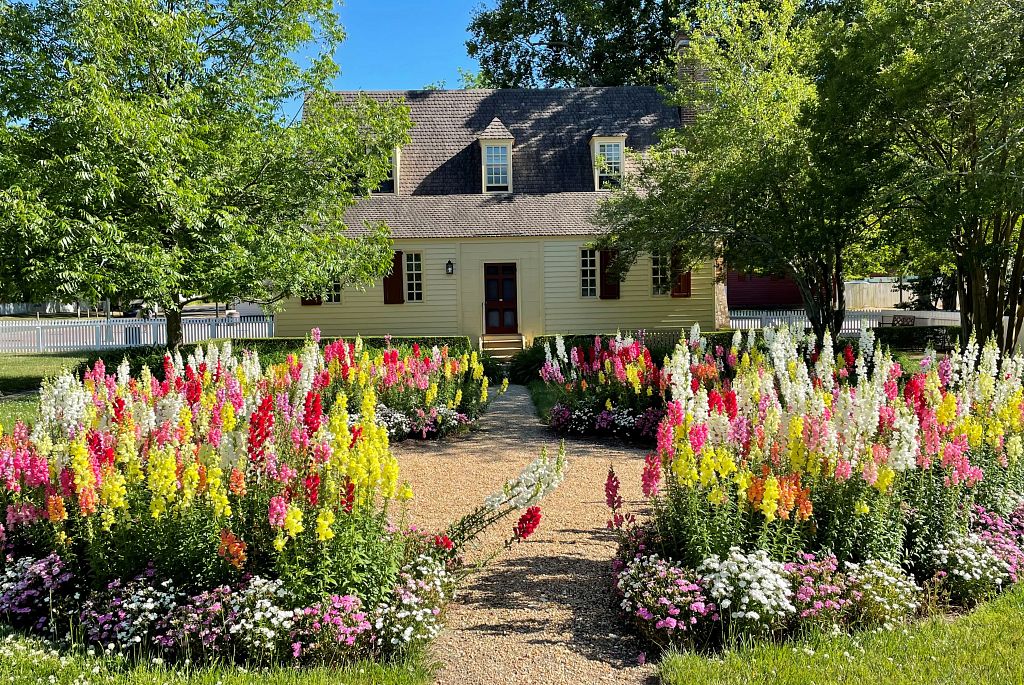 Along with the historic structures, Colonial Williamsburg’s Gardens are an impressive aspect of the tour. Don’t miss strolling the grounds of the Governor’s Palace, complete with a formal garden and nature park. The arboretum at Williamsburg, featuring over 100 species of trees and woody plants, is another prime spot for a relaxing walk within the grounds. Baby lambs roam fenced pastures in the spring, adding yet another charming touch to the bucolic scenery. With a total of 30 carefully manicured gardens, Colonial Williamsburg is a fantastic destination for visitors looking to take in a little history with a lot of natural beauty. 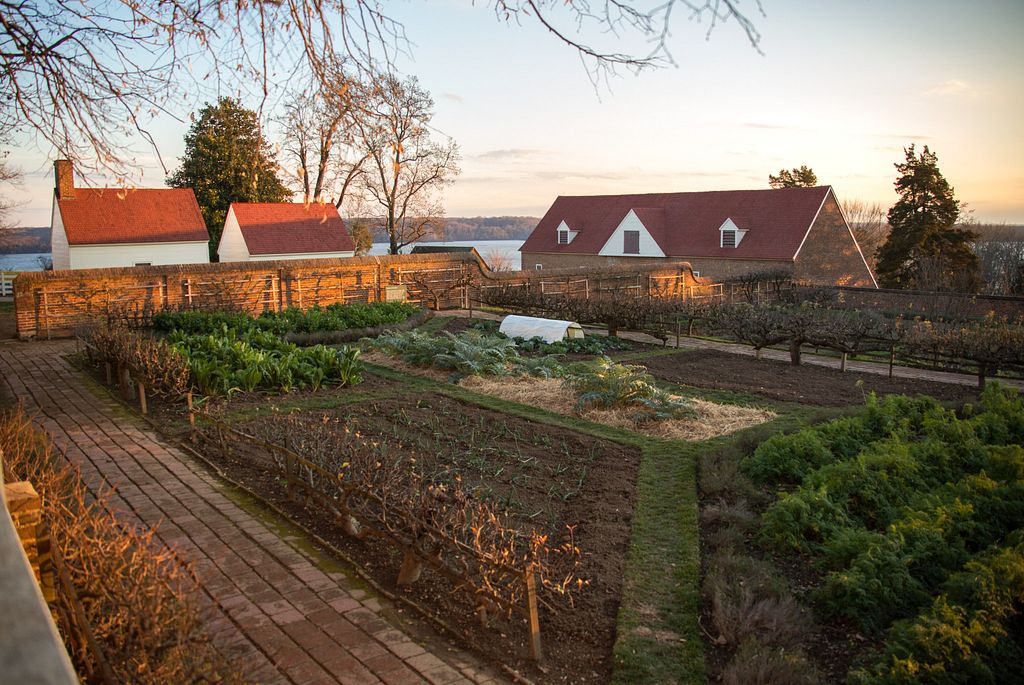 Mount Vernon, located about 18 miles south of Washington, D.C., has a total of four separate gardens, as well as breathtaking views of the Potomac River. While some areas of the property are restricted to pets, guests are welcome to bring leashed pets along as they walk the grounds of America’s first President.

If you’re visiting Charlottesville, both Monticello and Montpelier are just a short drive from the downtown area.

Monticello, Thomas Jefferson’s architectural marvel, is surrounded by immaculate gardens designed by this Virginian Founding Father. Combining ornamental flower beds, gardens and orchards utilized as a source of food for the residents, and an experimental laboratory for creating new botanic blooms, Jefferson’s gardens are considered an agricultural masterpiece. 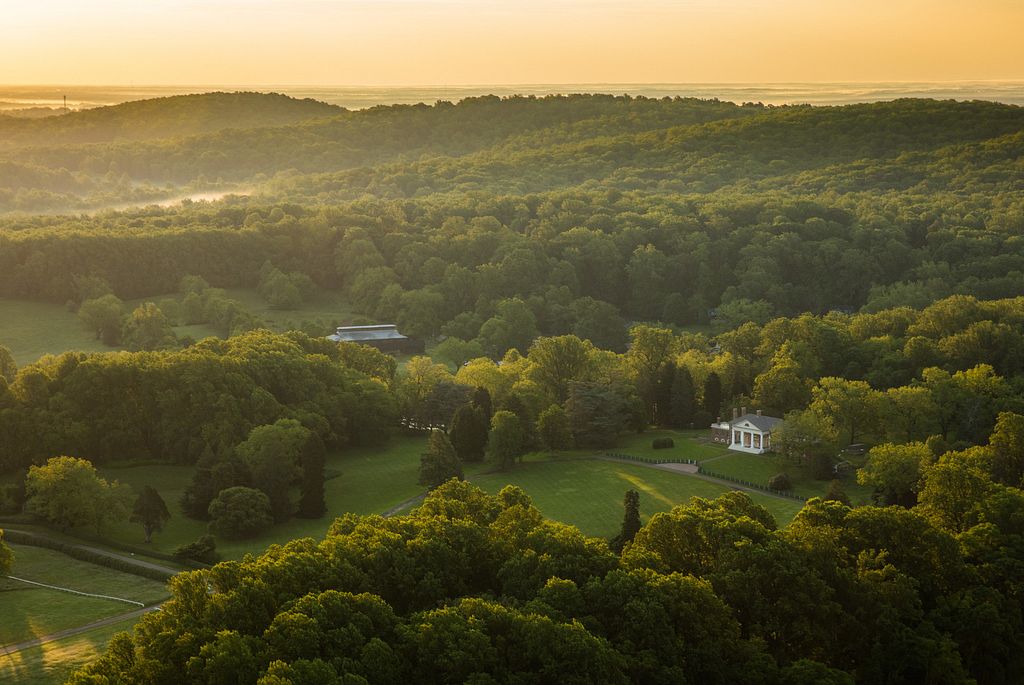 Roughly 45 minutes from Monticello, Montpelier’s expansive grounds are more pastoral than either Mount Vernon or Monticello, but you’ll find plenty of flowers in bloom spread throughout the property. 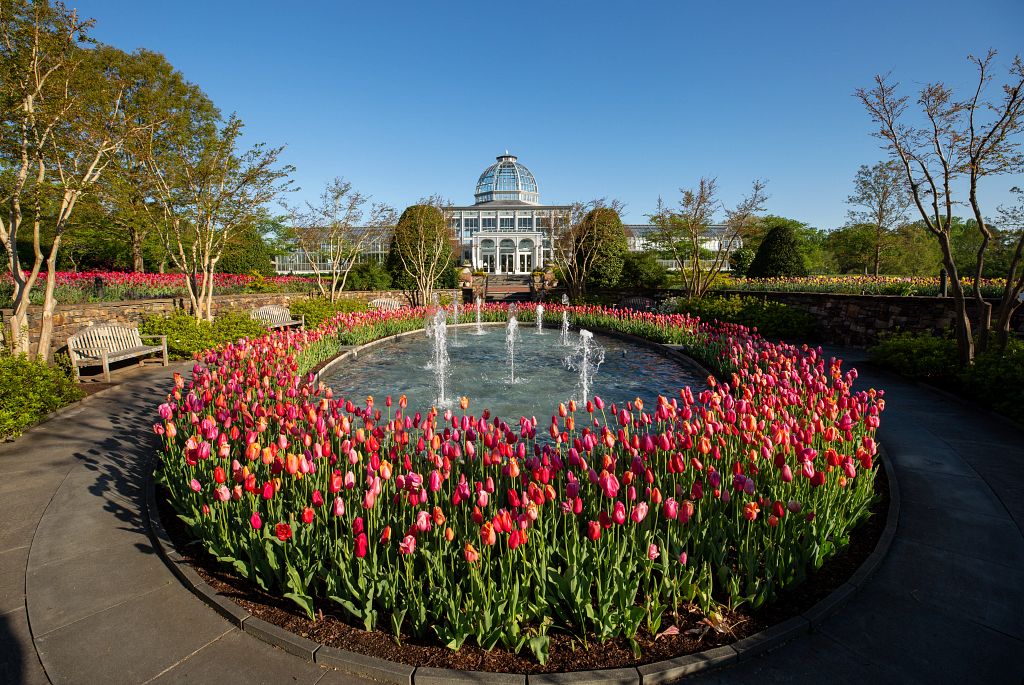 Looking for more destinations that showcase the best spring flowers? Consider visiting one of Virginia’s botanical gardens, such as Norfolk Botanical Garden, Meadowlark Botanical Gardens in Northern Virginia, or Richmond’s Lewis Ginter Botanical Garden, where you can tour their Million Blooms exhibit throughout May.

The Newest Attractions in Virginia

Opening in May 2022, Blevins Family Vineyard is located in Halifax and features a scenic vineyard, spacious tasting room, and an events space for weddings and other celebrations. 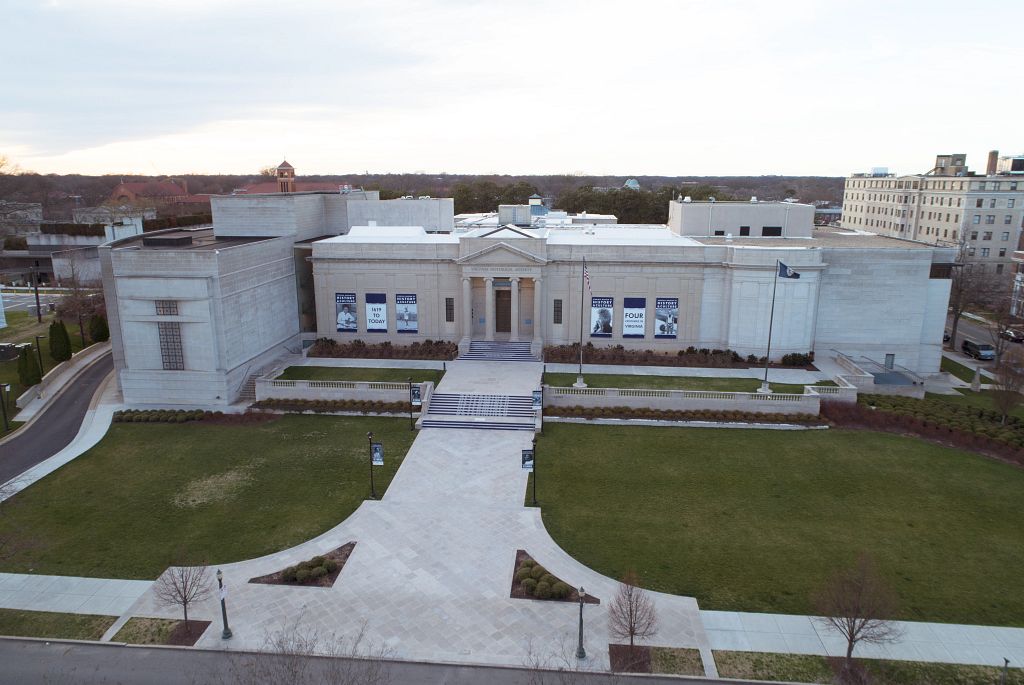 The Ballpark Loudoun opens in May as a unique and fun sports entertainment experience for all ages and skill levels. Combining cutting-edge technology, a full-service restaurant and bar, and top-of-the-line skill development opportunities, the Ballpark Loudoun has four interactive batting cages and gaming opportunities ranging from team competitions to home run challenges, all taking place on an array of virtual baseball stadium backdrops.

If planning a trip to Southwest Virginia, consider staying at the newly opened Nicewonder Farm & Vineyards in Bristol. A 28-room luxury boutique inn, Nicewonder sits on over 400 acres of countryside, with world-class culinary and wine programs, and beautifully appointed rooms overlooking the lavish property. 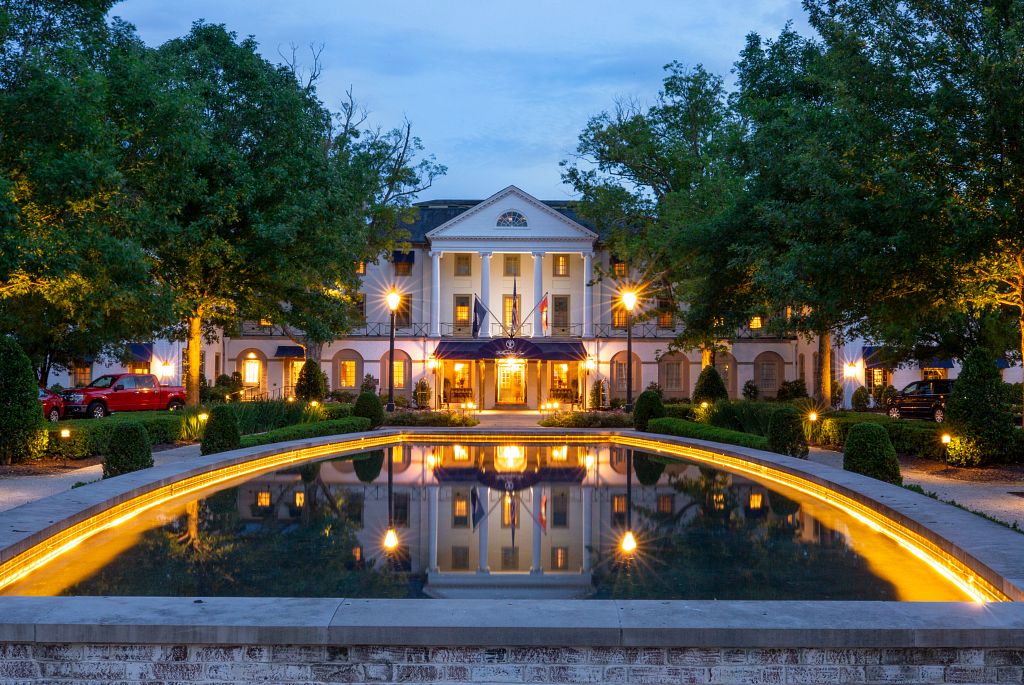 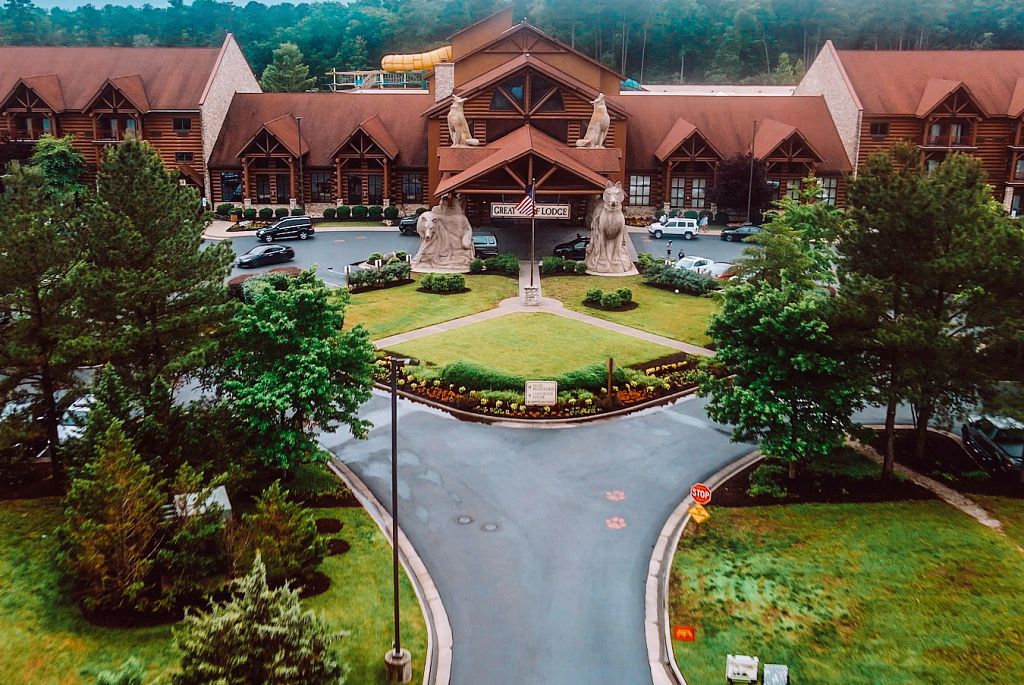 Another choice for an overnight stay in Williamsburg is the Great Wolf Lodge, a family-friendly resort with a cavernous indoor water park, themed suites, laser tag, a Build-A-Bear Workshop, and an outdoor ropes course. 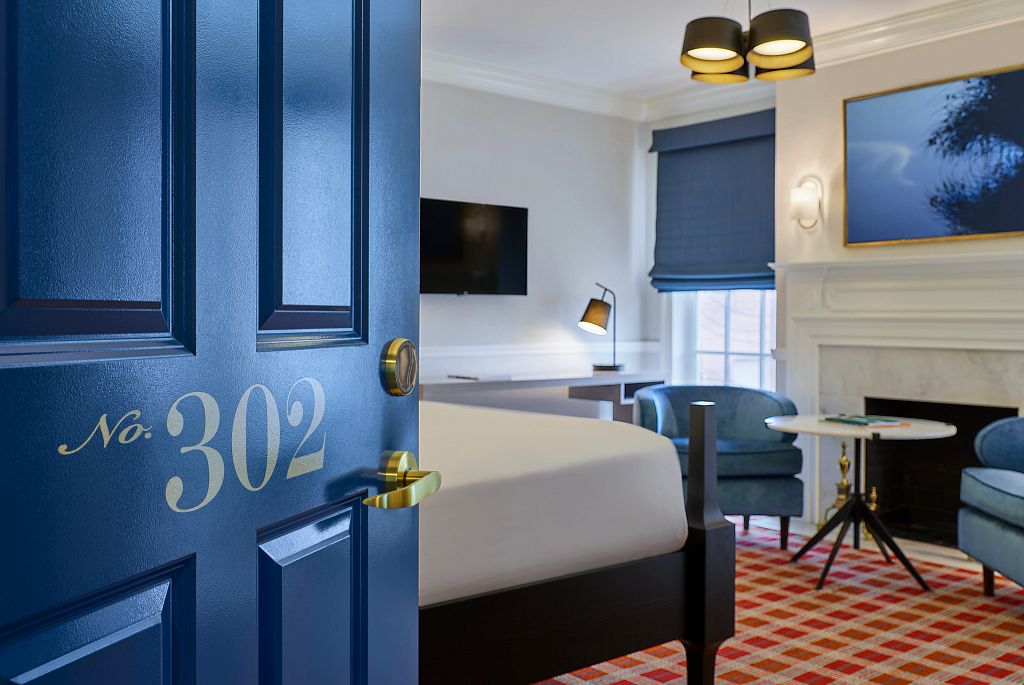 Near George Washington’s Mount Vernon, Morrison House is only a block away from King Street, where you’ll find countless options for excellent dining and shopping. The rooms are elegant yet approachable, enveloping guests in comfortable luxury. 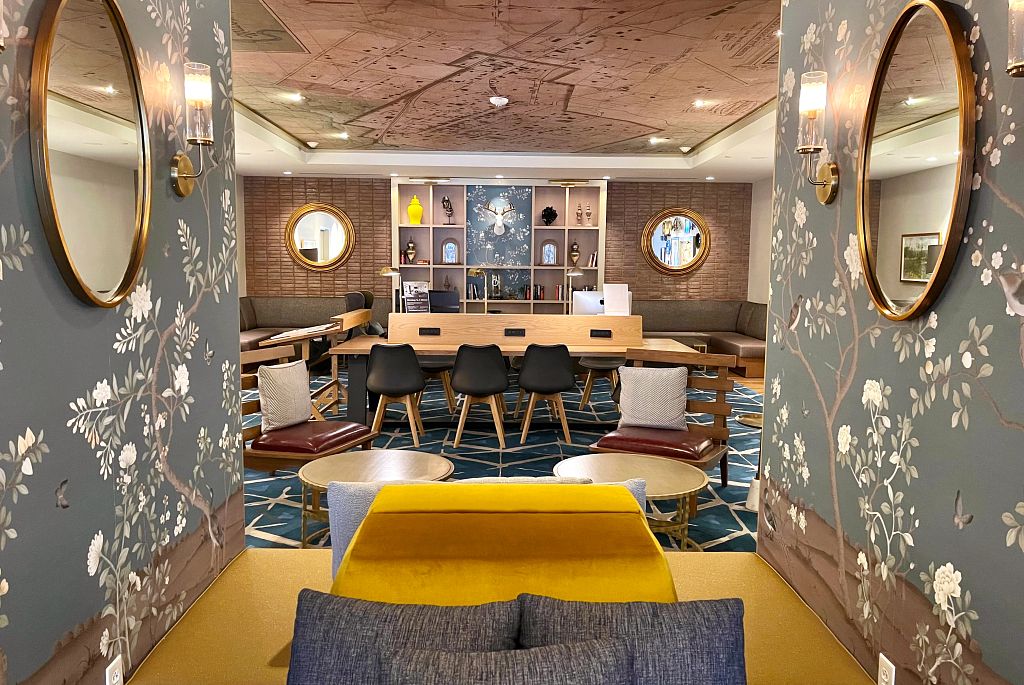 Charlottesville has a wide array of accommodations that range from the most basic hotels to upscale resorts suited for even the most discerning traveler. The Draftsman Hotel is conveniently located on Main Street and is within walking distance of several of Charlottesville’s finest restaurants as well as the University of Virginia campus. 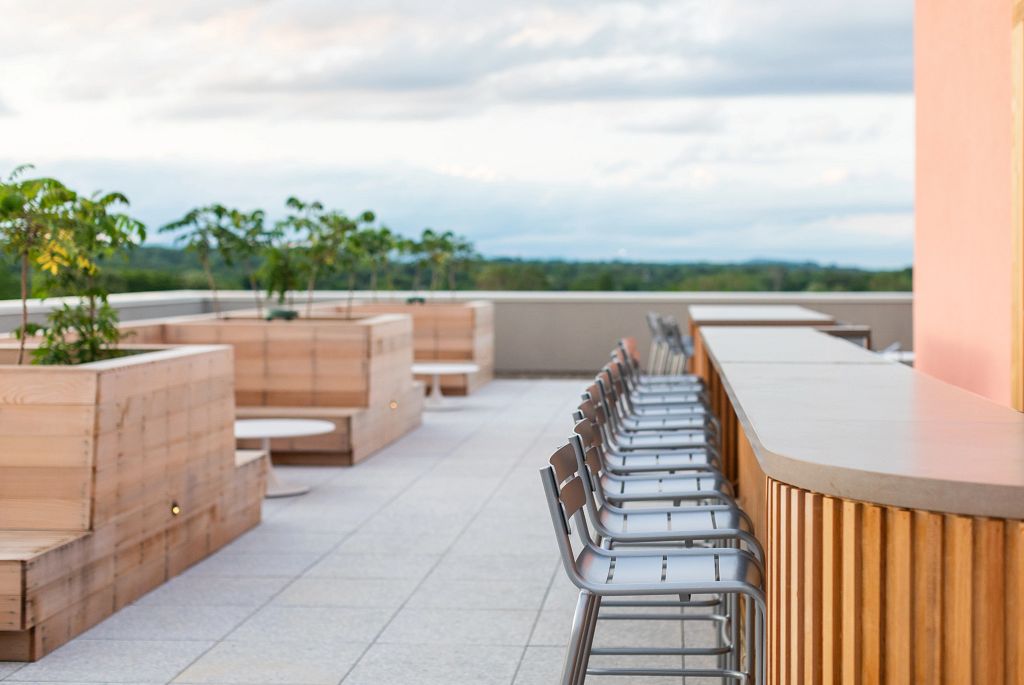 A second luxury lodging option on Main Street is the Quirk Hotel Charlottesville, where a rooftop bar welcomes visitors to grab a drink and enjoy prime views of the city.

There are many on-site restaurants in Colonial Williamsburg, such as King’s Arms Tavern, Chowning’s Tavern, and other historic taverns. You can also sample more modern fare at restaurants like Traditions, the Rockefeller Room, and Sweet Tea & Barley. 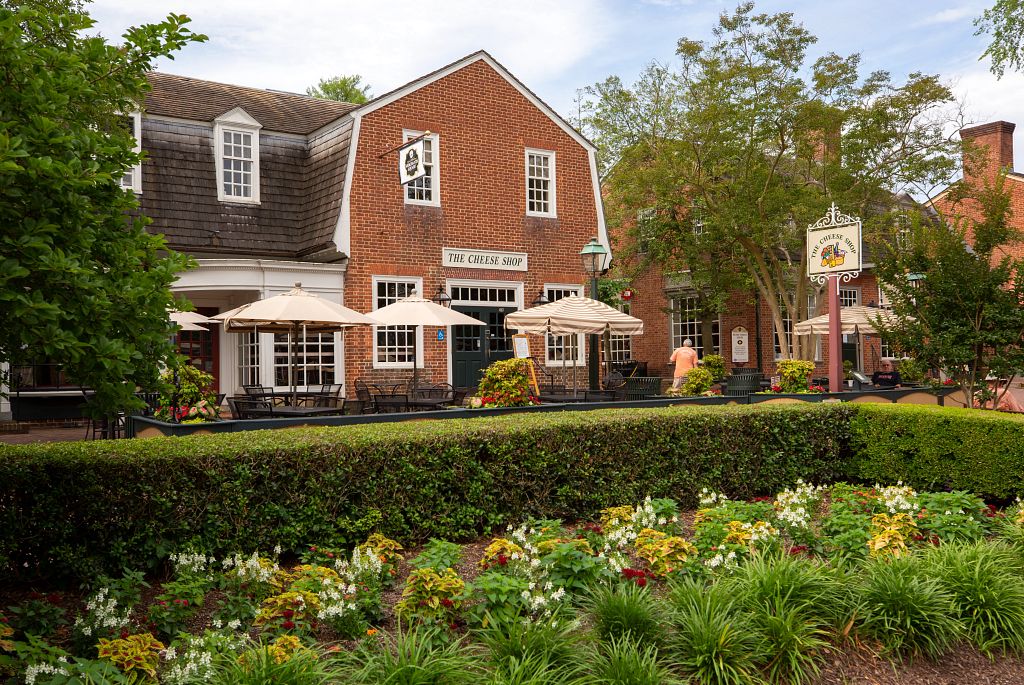 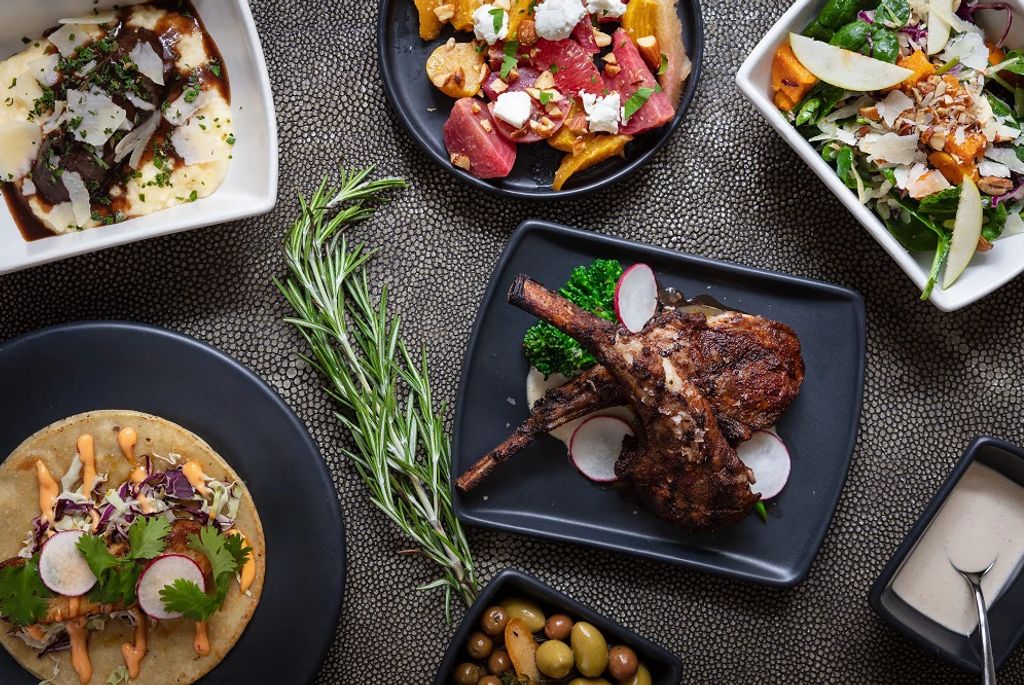 If visiting Mount Vernon and staying at Alexandria’s Morrison House, dine on Modern American cuisine at The Study, the inn’s on-site restaurant. Chef Tomas Chavarria serves up regionally sourced plates like Korobuta Pork Belly and Seven Hills Farms Dry-Aged Strip Loin, which pair well with the classic cocktails made by the experienced bartenders. There is no shortage of award-winning restaurants in downtown Alexandria, however. No matter what type of cuisine you’re craving, this historic Northern Virginia city will hit the spot. 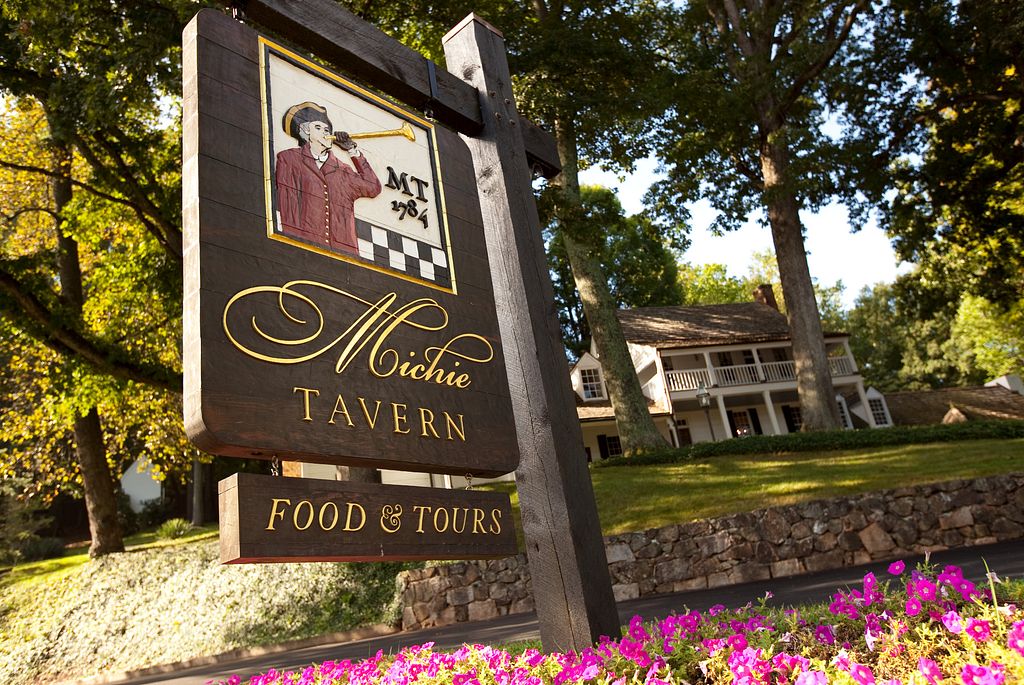 Check out Michie Tavern, just .5 miles from Monticello, to get a taste of the 18th-century. Built in 1784, this historic restaurant features servers in period attire and southern foods traditionally eaten by colonists in Virginia. 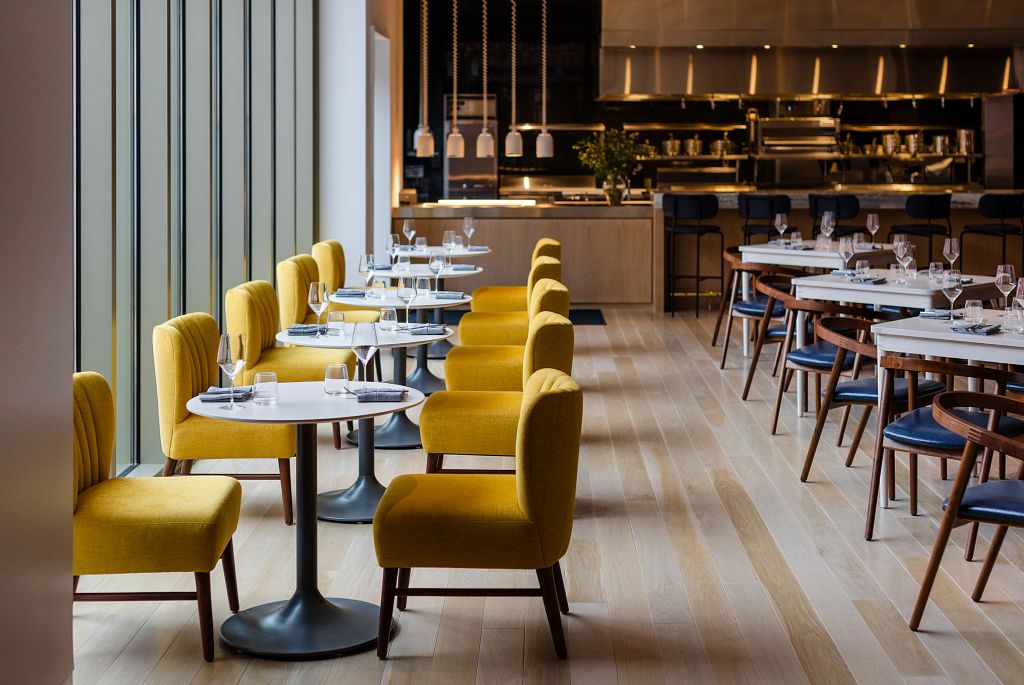 Dine at the Pink Grouse, located within Charlottesville’s Quirk Hotel, for rustic yet refined fare. There is also a rooftop bar and restaurant that has both indoor and outdoor seating options, and on chilly evenings, firepits allow guests to take in the views while staying cozy and warm. 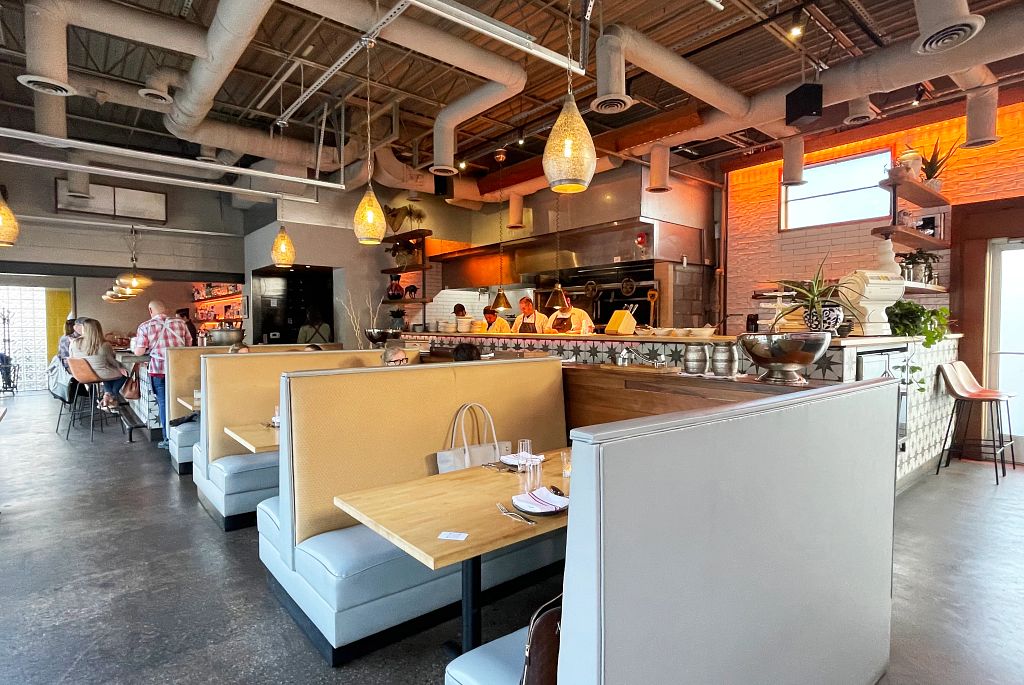 Many other fantastic restaurants are within walking distance of the Draftsman and Quirk Hotel, including Little Star, a Mexican/Spanish fusion restaurant serving up delicious small plates, and Orzo Kitchen & Wine Bar, where classic Mediterranean recipes from Italy, Spain, Greece, and the South of France are on the menu. 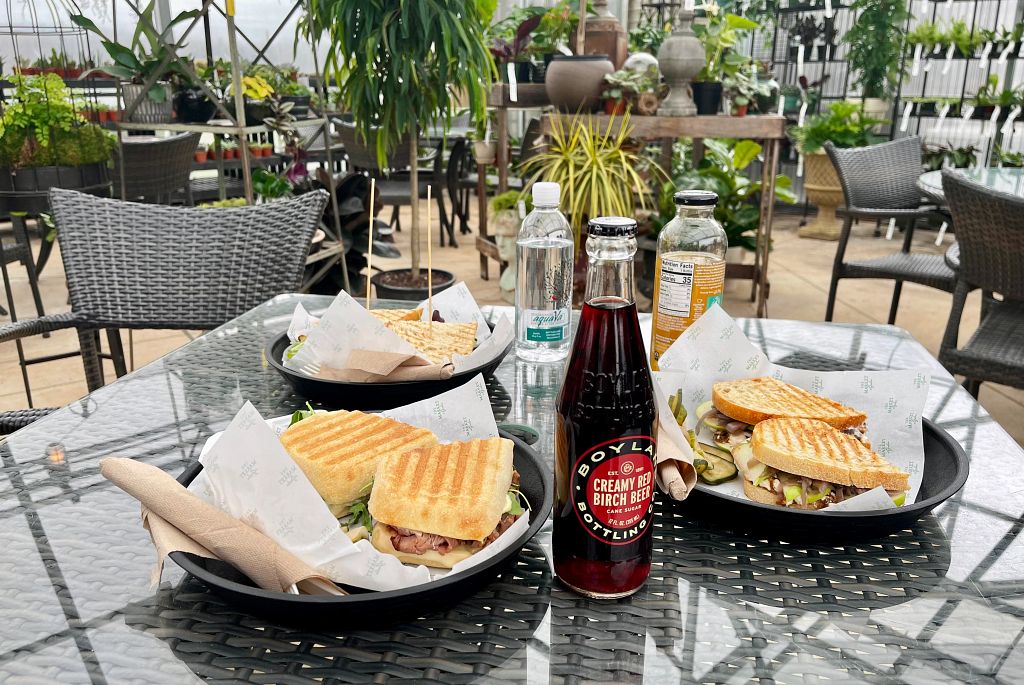 After touring Montpelier, head to the Market at Grelen, a farm-to-table cafe, European-style boutique, garden nursery, and pick-your-own farm, all within a sprawling 1,000-acre landscape surrounded by the rolling hills of Virginia’s Piedmont region. Miles of walking trails run throughout the property, and guests are welcome to explore at their leisure, setting down a picnic at their favorite spot. 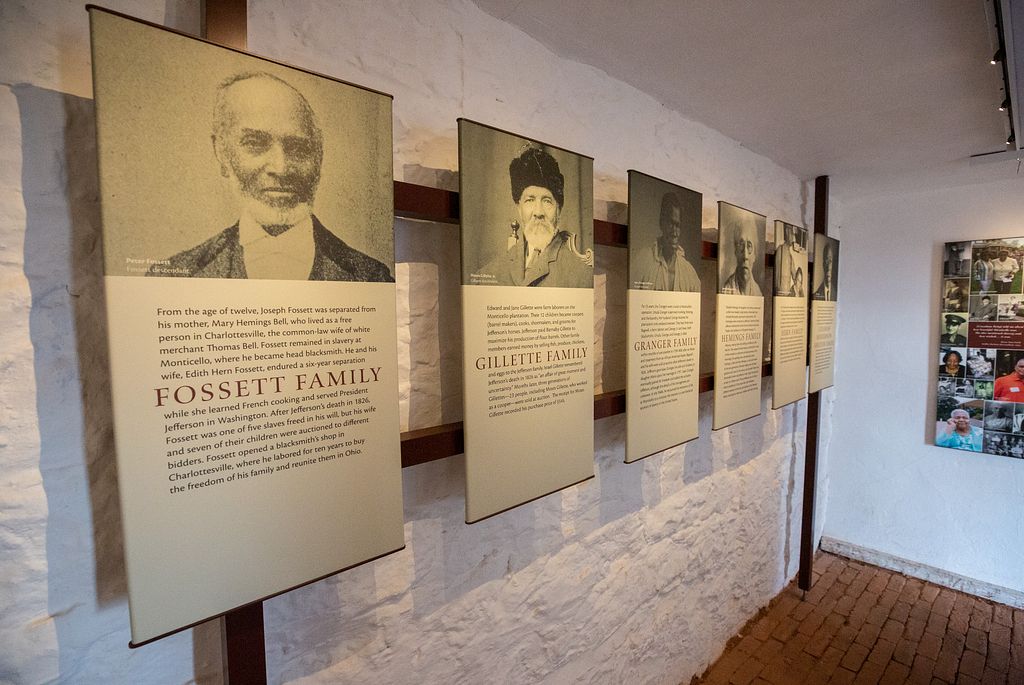 The first thing to do when visiting Virginia’s Presidential estates? Explore the historic homes and exhibits, of course. As with many early American historic sites, these properties have had to grapple with the horrifying truth of slavery and how these massive estates were run off slave labor. In addition to touring the spaces where these early American Presidents lived, worked, and dreamed of our country’s future, be sure to check out the exhibits that share the untold stories of the enslaved peoples that once did the same. 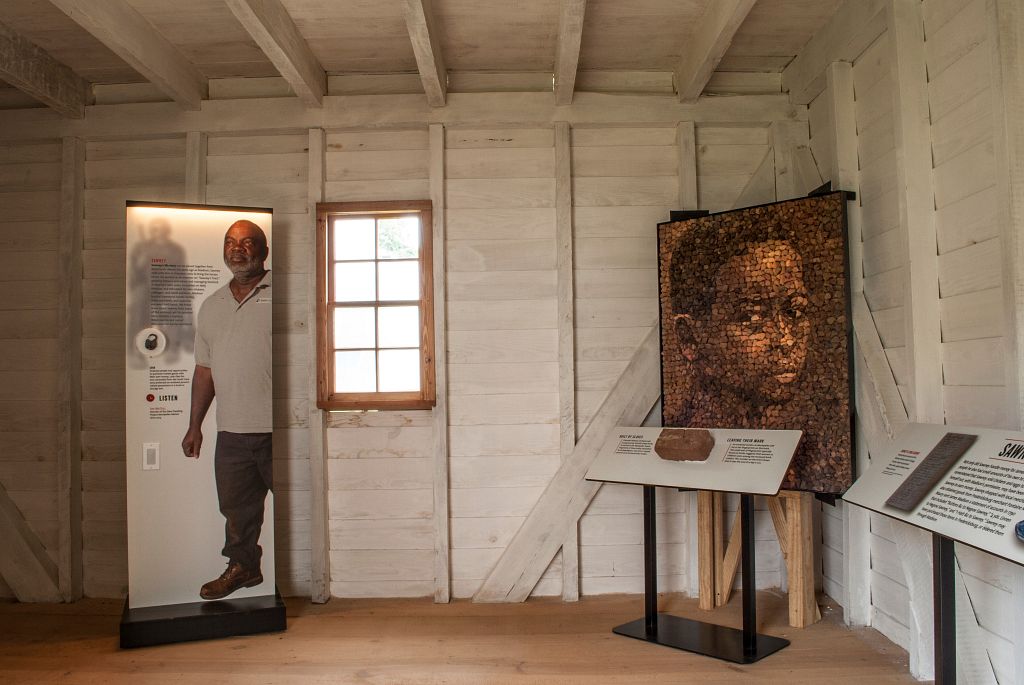 At Montpelier, “The Mere Distinction of Colour” exhibit opened in 2017 after years of archaeological and historical research. The moving displays tell a more complete American story, highlighting the economic, ideological, and political factors that cemented slavery into the newly founded country. While the general history of slavery is covered, there are also personal stories of enslaved people who once lived on the Montpelier estate and the heartbreaking tales of their tribulations. 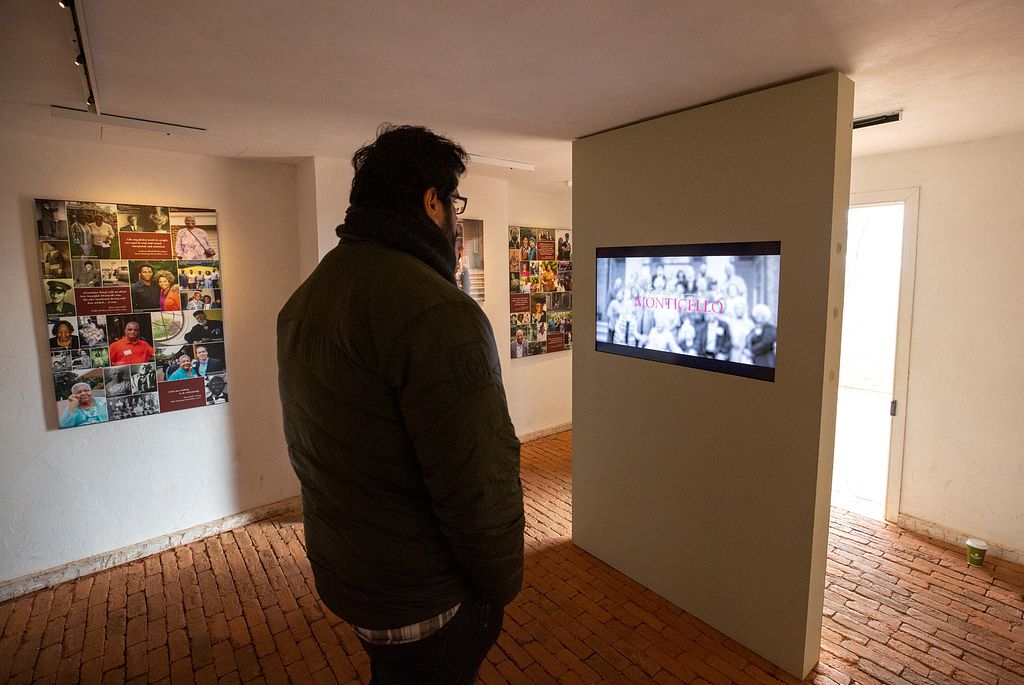 Monticello’s “The Life of Sally Hemings” exhibit is just one of the showcases that sheds light on the enslaved people of the estate. Like many enslaved women, Sally Hemings bore children fathered by her owner, but unlike most, she was able to negotiate with Jefferson to arrange for the emancipation of her children. This unique story sheds light on the unequal balance of power that prevented any real relationship between the enslaved women and their owners, as well as the fundamental paradox of the Founding Fathers, who fought for the freedom of a nation, yet would not grant the same for the people they owned.

George Washington’s Mount Vernon was not just the home of the first American President and his family, but also over 600 enslaved men, women, and children. After the Revolutionary War, Washington began rethinking his stance on slavery in private but avoided the topic in public, as he felt it would break the shaky foundation upon which the country was recently built. It wasn’t until his death that he freed the enslaved people he owned at Mount Vernon, although this was less than half the enslaved population on the estate, as Martha owned the rest and did not free them after her husband’s death. While touring Mount Vernon, you’ll learn about the meals, housing, and family life of the enslaved people who worked the grounds.

These iconic American history destinations have become synonymous with Virginia, but the lesser-known stories of the enslaved communities are just as important in understanding the founding of our country, completing the incredible narrative of how these early Americans forever changed the world.

More Virginia Vacation Ideas for May 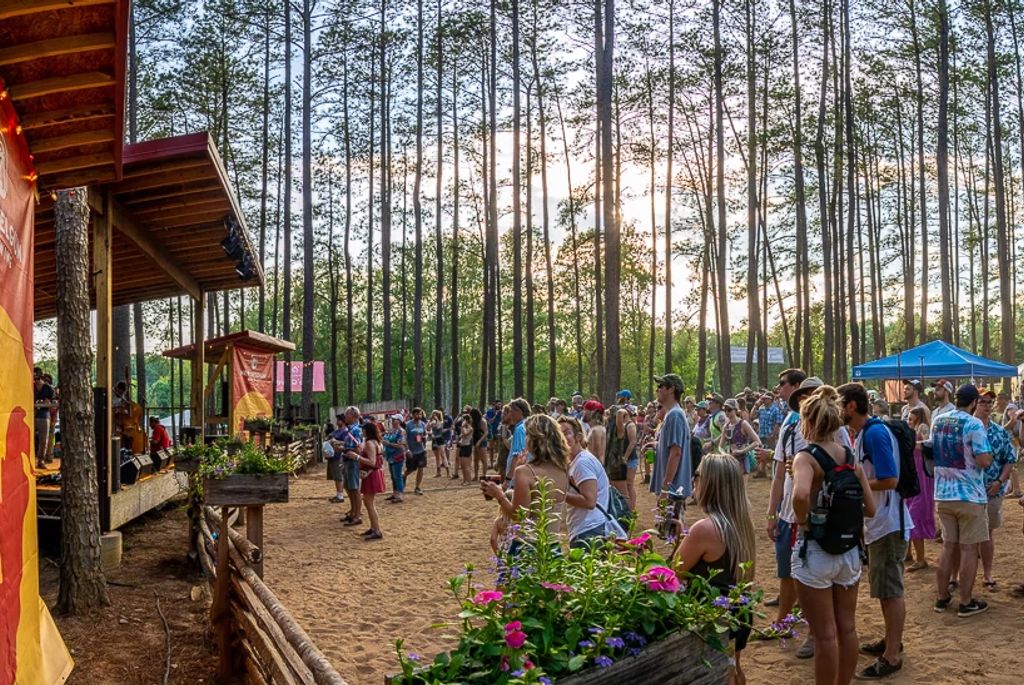 There are many music festivals and live concerts at local venues happening throughout Virginia in May. Grab tickets to these May music performances and festivals see some of the biggest bands in the nation perform!

Get tickets to the Virginia Gold Cup (the last day to purchase tickets is April 20th!), happening Saturday, May 7th at Great Meadows in the Plains. The oldest and largest steeplechase event celebrates its 97th anniversary in 2022, spectators come out to socialize and entertain, as well as participate in the competitive hat contest, where celebrity judges will choose their favorites (this is also a fun spectator sport, as the over-the-top hats tend to be extremely entertaining!). This year, tailgate packages and hospitality tents are available to rent, but general admission passes will not be offered for this year’s event. 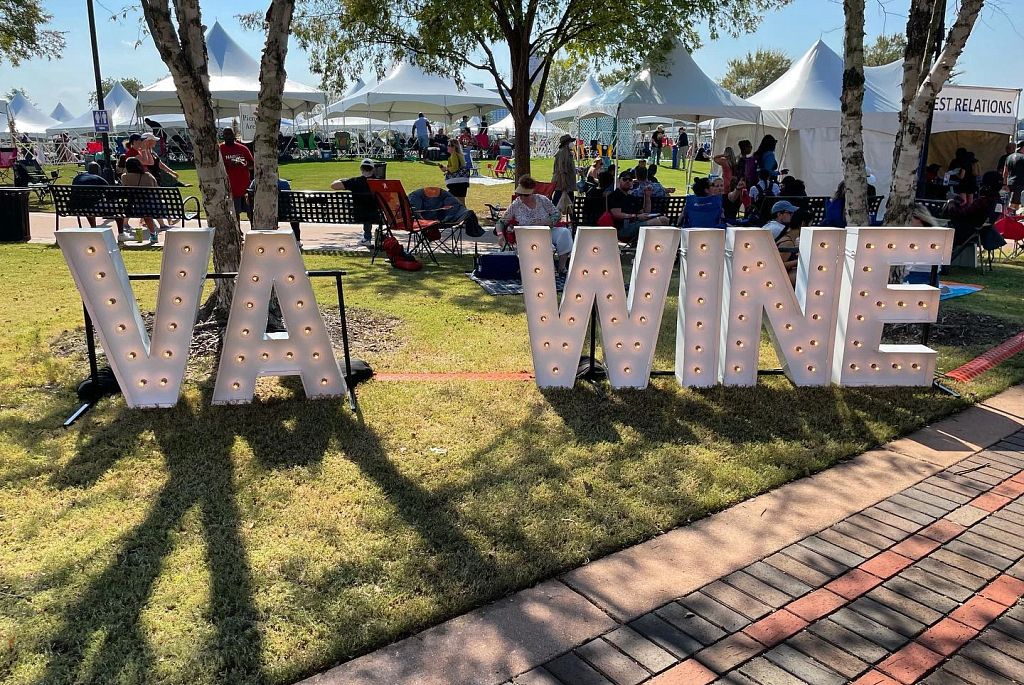 Head to Norfolk on May 7th-8th for the Spring Town Point Virginia Wine Festival or on May 20th-22nd for the Bayou Bon Vivant: Cajun Music & Food Festival, which has moved to an earlier date in the year to better align with the Gulf’s crawfish season. 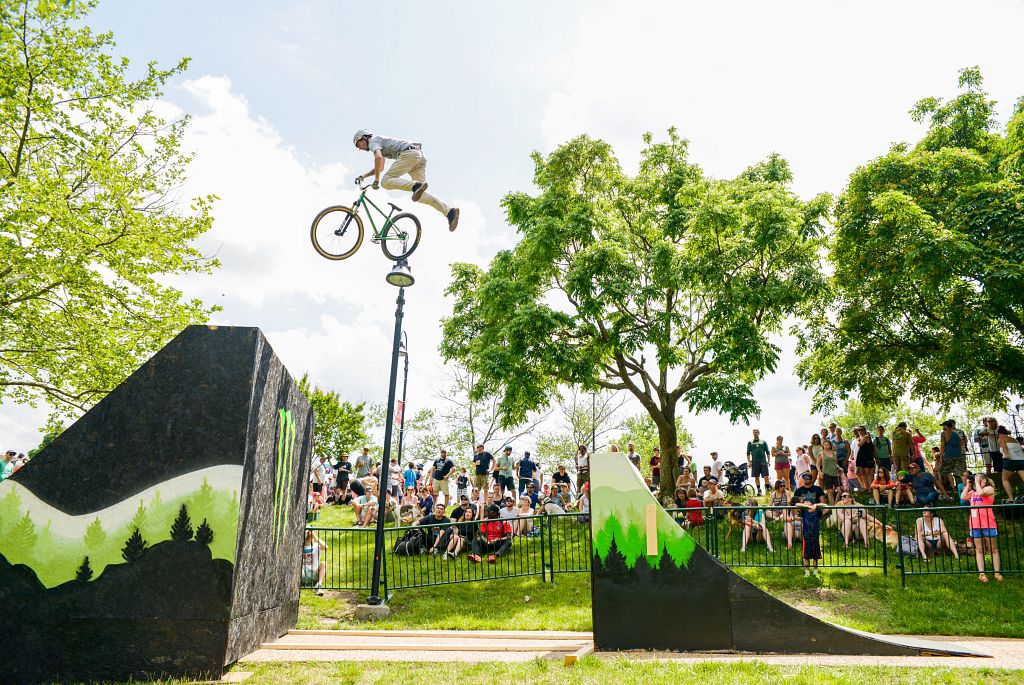 Richmond hosts the annual Dominion Riverrock festival on May 20th-22nd, the nation’s premier outdoor sports and music festival held on and around Brown’s Island along the James River. Sign up for events like the Mountain Bike Time Trial, Trail Takedown, or enter water-loving pups in the Ultimate Air Dogs competition. You’ll also have the chance to try out outdoor gear such as kayaks, SUPs, slacklines, and even bouldering courses.

Now that you’ve got a few ideas for a May vacation to Virginia, it’s time to start planning! Experience all there is to LOVE about Virginia when you explore a few of the historic sites and gardens across the Commonwealth.